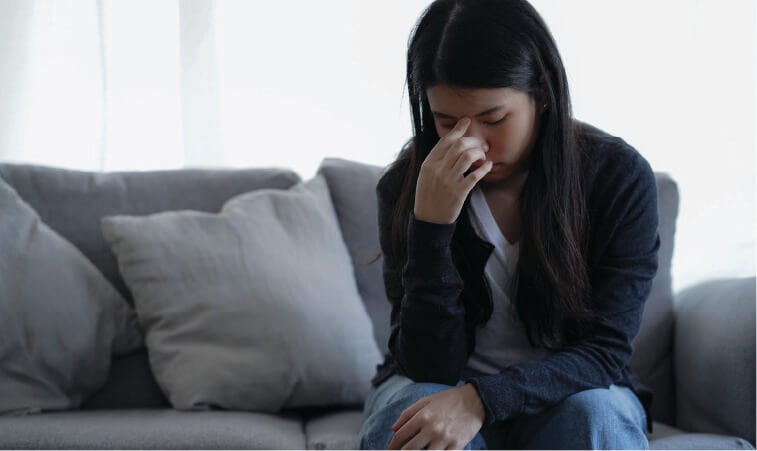 At first glance, chronic fatigue syndrome and attention deficit hyperactive disorder (ADHD) seem like the exact opposites: one causes chronic inactivity, and the other makes you ceaselessly active. Yet these two conditions have much more in common than you may think. In the simplest terms, ADHD can push your mind and body towards an inevitable wall of burnout, and the consequence is fatigue.

If you feel you are suffering from both ADHD and possibly chronic fatigue, Klarity can help you find easy, affordable, and convenient treatment. Book an online appointment with an experienced psychiatric healthcare provider today.

People with inattentive ADHD often find themselves making careless mistakes because they have difficulty paying attention, following detailed instructions, and organizing tasks and activities. They tend to have a weak working memory and are easily distracted by external stimuli. This type of ADHD is more commonly diagnosed in adults and girls and was formerly known as ADD.

Hyperactive ADHD is characterized by symptoms of impulsivity and hyperactivity. People with this type can display signs of inattention, but it’s not as marked as other symptoms. They often find themselves fidgeting, squirming, and struggling to stay seated for extended periods of time..

The combined type of ADHD means that your symptoms don’t fall exclusively within the categories of inattentive or hyperactive, but rather are a combination of both. Most people with or without ADHD experience some degree of inattentiveness or impulsiveness, but with ADHD these symptoms are always more severe.

Fatigue is one of the least talked about symptoms of ADHD, and thus one of the most overlooked. Chronic fatigue is characterized by extreme fatigue that lasts for at least six months and that can’t be fully explained by an underlying medical condition. Understanding the connection between ADHD and fatigue can go a long way when it comes to combating chronic fatigue.

The Connection Between ADHD and Fatigue

Tiredness is not part of the official criteria for ADHD, but the prevalence of ADHD patients that suffer from fatigue is impossible to ignore. In pinpointing ADHD’s effect on fatigue, it’s important to examine the specific instances where a direct correlation can be found.

Why Does ADHD Cause Fatigue?

There are several reasons behind the connection between ADHD and fatigue. For starters, ADHD affects motivation. When daily tasks become overwhelming and you struggle to complete them, it can lead to low motivation, which is similar to fatigue, especially when it becomes hard to keep up with responsibilities.

Dopamine is one of the many neurotransmitters or chemical messengers produced by the brain. Dopamine allows us to regulate emotional responses and take action to achieve specific rewards. It is responsible for feelings of pleasure and reward. ADHD can affect dopamine levels, making it difficult for the body to respond to them.

ADHD sleep problems may be a side effect of impaired arousal, alertness, and regulation circuits in the brain. When your brain won’t shut down before bed, it’s hard to get a full night’s rest, and active thoughts can also make falling back asleep in the middle of the night difficult as well.

Burnout is experiencing physical, emotional, or mental exhaustion. Additionally, it involves feeling things such as negative or anxious thoughts. Too much ADHD-induced hyperfocus and overperforming, coupled with subsequent trouble sleeping, will inevitably lead to burnout.

How Do People with ADHD Wake Up?

Many adults with ADHD report trouble staying asleep, in particular, multiple awakenings until about 4 am, at which point they fall into a deep sleep from which they have extreme difficulty awakening. They will sleep through multiple alarms, and are commonly irritable, or even combative when woken up before they are ready. Many feel they are not fully awake and alert until later in the day.

If You Have ADHD and Fatigue, Help Is Available

Living with ADHD and fatigue can feel like an impossible uphill battle, but it is possible to live a healthy, happy, and productive life despite these obstacles. If you have or suspect you have ADHD and are fighting the effects of fatigue, do not despair because there is help.

Schedule your online ADHD appointment today with a licensed medical professional who can diagnose and treat your ADHD and other coexisting symptoms. Your provider will help identify the source of your fatigue and help you on your way toward living a more productive life no matter what stands in your way.