Signs of ADHD in Adult Women & Why It’s Often Undiagnosed 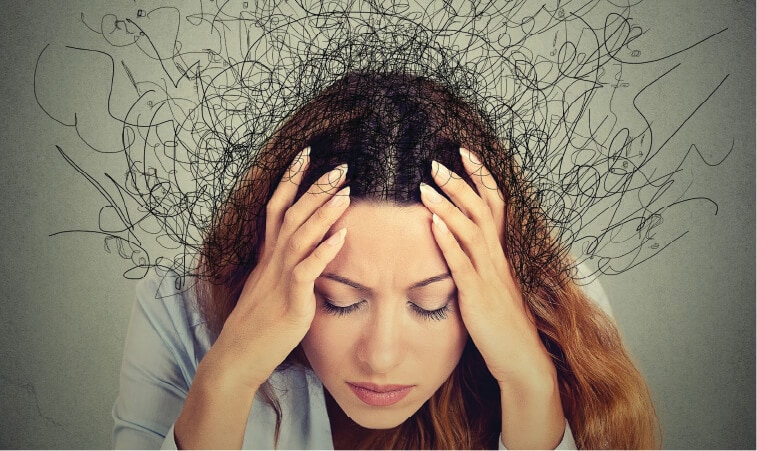 For millions of adult women with Attention Deficit Hyperactivity Disorder (ADHD), everyday life can be a challenge. Common signs of adult ADHD in women include difficulty focussing, disorganization, forgetfulness, overspending, indecision, difficulty listening to others, and mood challenges.

While males are diagnosed with ADHD more frequently, female patients suffer the same consequences as males if ADHD is undiagnosed and untreated, including poor work performance and behavior-related problems.

If you suspect you have ADHD, providers on Klarity can help you get the care you need. Take this Free 2-minute Self Evaluation or book an online appointment with an experienced psychiatric healthcare provider to discuss ADHD and treatment options.

What Is Adult ADHD?

ADHD is a neurobehavioral mental health disorder characterized by impulsivity, hyperactivity, and short attention span (inattention). An adult diagnosed with ADHD likely had it as a child but was simply not diagnosed earlier. In general, no two people with adult ADHD express the disorder precisely alike. Some may have a high concentration level with things that interest them, while others are continuously challenged to concentrate regardless of interest. Some patients may be highly social, while others are withdrawn. Once diagnosed, adults with ADHD have responded to treatment for their symptoms and report greatly improved satisfaction in their work and personal lives.

About Adult ADHD in Women

ADHD is a condition that affects adult women in many different ways, having an impact on cognitive abilities, behaviors, mood, and, ultimately, daily life.

While ADHD is typically associated with children, the American Psychiatric Association reports an estimated 2.5% of adults to have ADHD. Other sources put that figure at upwards of 4%, and the number may be growing upwards of 5% as diagnostics continue to improve and more people seek treatment. Single-digit percentages translate to millions of adults.

In females, inattentiveness symptoms are more prominent than the hyperactivity/impulsivity symptoms, which are exhibited more so by males. This leads to inattentive ADHD symptoms in women being commonly mistaken for mood disorders, anxiety, or other related conditions. Women may also develop better coping strategies than males. These strategies can mask symptoms needed for proper ADHD diagnosis and may explain why men appear nearly three times more likely to be diagnosed with ADHD than women.

Males and females, in general, display ADHD symptoms differently. Men tend to exhibit more hyperactivity/impulsivity symptoms, such as outbursts and causing disruption. This may explain why men are more readily diagnosed. Women tend to exhibit more inattentive symptoms, such as low self-esteem, anxiety, and tendencies to daydream, which can easily be mistaken for other conditions.

Women are masters at internalizing issues. This can lead to a whole host of additional symptoms that astute ADHD diagnosticians are becoming more aware of. In addition to anxiety and depression, women with ADHD may exhibit compulsive overeating, substance abuse, lower self-esteem, and chronic sleep deprivation.

Depression Coexistent With and Masking ADHD

Depression in women with ADHD is a common occurrence. Women learn from childhood to mask their negative emotions. They develop coping strategies to hide ADHD symptoms, but the condition remains. Masking may not be a conscious decision for women with ADHD but can impact an effective diagnosis.

Signs and Symptoms of Adult ADHD in Women

Inattentiveness encompasses an extensive range of characteristics such as lack of attention to detail, losing items, leaving tasks unfinished, and not maintaining attention.

Lapse of memory ranges from simple annoyance to very traumatic. Not knowing where your car keys are as opposed to not knowing where you parked your car are examples of the degree of this common ADHD symptom. A woman with ADHD usually can look back on a lifetime of examples and be astounded that they did not notice this pattern.

Women with ADHD tend to frequently put off tasks, especially those with lots of details. The adage of “never do today what you can put off until tomorrow” is common among those with ADHD.

The hallmark of distractibility is the inability to maintain attention and having that attention drawn quickly to something else. Women with ADHD may recognize this in themselves yet seem powerless to stop it, leading to multiple unfinished projects. While this symptom is common, its exact opposite, hyperfocus, can also be very common.

Inability to plan can result from a lack of focus as well as a cognitive impairment that prevents an individual from organizing cohesive thoughts into an executable flow.

Lack of Attention to Detail

Missing details is a hallmark of ADHD. Boredom or monotony of a task can exacerbate this symptom. Untreated, every area of a person’s life is affected.

Inability to focus can be described as a lack of concentration. The ability to concentrate is affected by ADHD. While some individuals with ADHD exhibit this symptom, they may also exhibit its exact opposite, hyperfocus.

Hyperfocus is highly focused attention, to the point of blocking out all other things going on around you over a significant amount of time. It is the almost diametric opposite of inability to focus and distractibility, but women with ADHD may exhibit all these symptoms, making a diagnosis harder to reach.

Similar to the inability to plan, managing time for an individual with ADHD can be a significant challenge. Because they may be distracted easily or hyperfocused on one task over another, they lose track of time and suffer the consequences.

Why It’s Important to Diagnose and Treat ADHD in Women

ADHD is a complicated medical condition, and there are unique issues related to hormonal effects on ADHD expression and treatment response that women may face. If you are a woman with adult ADHD, you deserve the best in diagnostic and treatment options.

Just as no two people with adult ADHD express the disorder precisely alike, there is also no “one size fits all” type of treatment. On Klarity, providers offer online ADHD treatment options tailored to the individual patient and their needs. In general, patients benefit from a multi-phasic treatment plan consisting of diagnostics, pharmaceuticals, counseling, behavior modification techniques, and ongoing care from an experienced provider.

If you believe you have the symptoms of ADHD, take this Free 2-minute Self Evaluation. At Klarity, getting a proper diagnosis is the first step in your journey.

With more than a decade of experience in treating adult ADHD, the skilled team of licensed professionals partnered with Klarity is committed to providing simplified and personalized care for our ADHD clients. Book an appointment with an ADHD specialist today.