ADHD Misdiagnosis: Can ADHD Be Mistaken for Depression? 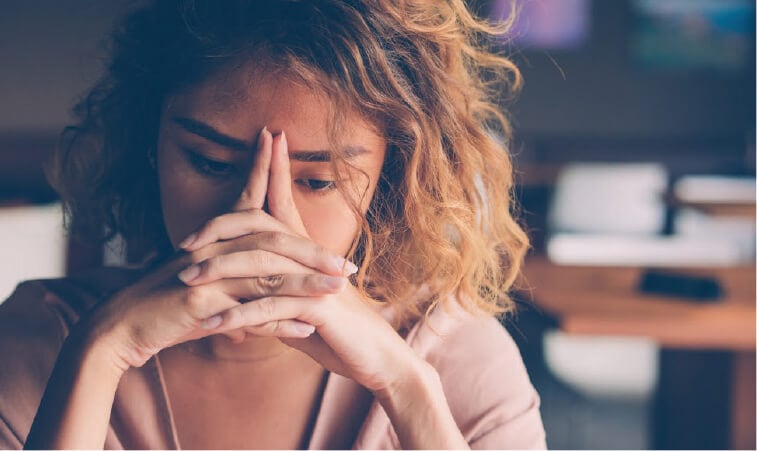 Mental health misdiagnosis is unfortunately quite common, especially when it comes to depression symptoms. For major depressive disorder, one study put the prevalence of misdiagnosis at 65.9%. If you’ve been diagnosed with depression and the suggested treatments haven’t reduced your symptoms, you may have been misdiagnosed.

If you think your depression may actually be a symptom of ADHD, Klarity has a 2-minute self-screening test you can take online here. If you want to take a more comprehensive test for ADHD, schedule an appointment and get in front of a healthcare provider within 48 hours.

Why is Depression Misdiagnosis So Common?

Depression misdiagnosis is common for two main reasons. First, an overlap of symptoms among related mental health disorders makes it difficult to pinpoint a precise diagnosis. And second, when making a diagnosis, many health professionals fail to screen patients properly.

According to the study above, a quarter of psychiatrists and half of primary care doctors don’t use the DSM-V’s criteria for depression when diagnosing depression. Psychiatrists are trained in mental illnesses and disorders and are likely familiar enough with the signs of depression that referencing the DSM-V isn’t always necessary. Physicians, on the other hand, aren’t usually trained in mental health diagnosis and may not be familiar with screening and diagnostic procedures for mental illnesses. Unfortunately, that means that nearly two-thirds of all those misdiagnosed with depression aren’t getting the proper treatment.

Do I Have ADHD or Depression? Or Both?

Depression and ADHD have a unique relationship. They can both be comorbid, which means you can have depression and ADHD simultaneously. However, the connection between ADHD and depression is more complicated than that. Not only can you have both disorders independently, but having ADHD can cause depression to develop.

Norepinephrine is a common denominator for both ADHD and depression.

Norepinephrine is one of the essential neurotransmitters responsible for regulating emotions due to its presence in the limbic system of the brain. The brains of deceased people with clinical depression were shown to have different norepinephrine (NE) structures in the brain when compared to those who are not depressed.

Over many years of clinical research, neuroscientists found that low levels of norepinephrine in four specific brain regions associated with focus, attention, memory, and executive function were directly correlated to the emergence of ADHD symptoms.

Norepinephrine, Depression, and ADHD: The Takeaway

Depression and ADHD both exhibit deficiencies with the neurotransmitter norepinephrine and have irregularities in the regions of the brain that affect mood, attention, memory, and executive function.

We’ve established how depression and ADHD are similar, but what are some ways to tell both disorders apart?

How To Tell Depression and ADHD Apart

Though there are many similarities between depression and ADHD symptoms, some differences between the two disorders can help clarify what mental health disorder you may be experiencing.

Both depression and ADHD cause changes in mood, but how and when these changes occur can provide some insight into what you might be experiencing.

In general, depression is more episodic (unless the person has dysthymia, also known as chronic depressive disorder). With depression, the person will have periods of normal mood and periods of depressed mood. Comparatively, the mood symptoms of ADHD tend to occur steadily and chronically when not treated.

Sometimes these sleep symptoms overlap, but other times they are distinct. The difference can offer some insight into what you may be experiencing. Some with depression sleep too much or spend too much time in bed.

This is usually not the case if you’re experiencing ADHD symptoms. If you have ADHD, you might not be able to fall asleep due to racing thoughts and other distractions—like noises— that prevent them from falling asleep.

With ADHD, a person struggles to start tasks because their attention is negatively affected by their ADHD symptoms. They have a hard time getting started and maintaining momentum because they are easily distracted or feel overwhelmed by the choices ahead of them—leading to paralysis. On the other hand, a depressed person can no longer find joy, purpose, or reason to engage in activities they once enjoyed.

Since 30% of people with ADHD also get diagnosed with depression at some point in their lives, it’s essential to consider the inverse. How many people have a depression diagnosis but don’t know that their depression is actually a symptom of untreated ADHD?

According to the National Institute of Mental Health (NIMH), 4.4% of adults have an ADHD diagnosis, but the actual number is projected to be double that—around 8.8%. That means half of the adults who have ADHD aren’t receiving treatment for it and endure without the proper care.

Sometimes, people with ADHD exhibit ‘hyperfocus,’ which seems paradoxical at first. Adults and children with ADHD can become wholly engrossed in a task or activity that interests them. During hyperfocus, hours can go by without the person noticing.

As mentioned above, untreated ADHD can significantly impact an adult’s performance at work, at school, and in interpersonal relationships. Let’s dig deeper into how untreated ADHD negatively impacts an adult’s life.

Researchers concluded that untreated ADHD leads to job instability in young adults in a meta-analysis. Because untreated ADHD affects a person’s ability to manage tasks and remain focused, they are less likely to succeed in the workplace.

Since ADHD affects a person’s attentiveness, spouses of people with ADHD often report feeling neglected and report lower marital satisfaction. Additionally, ADHD increases impulsive behavior and increases the chances of mood swings. This unpredictability can strain romantic relationships, friendships, and familial relationships, including their relationships with their children.

Untreated ADHD and Increased Drug and Alcohol Use

Adults with ADHD are also more likely to use and abuse drugs and alcohol due to their impulsive behavior and difficulty managing risk.

Untreated ADHD symptoms can cause many challenges and hardships for people without an ADHD diagnosis. Because of this, adults with untreated ADHD are more likely to develop depression, anxiety, and other mood disorders.

If the signs of ADHD are ignored or overlooked in children, those children are more likely to develop depression later on in life as adolescents or adults.

What Are Risk Factors of Comorbid ADHD and Depression?

ADHD is one of the most heritable mental disorders—meaning you are much more likely to have it if a family member has it. Some studies suggest that if one of your parents has ADHD, there is a 91% chance you will experience some form of ADHD symptoms in your lifetime. Depression has a heritability between 40% – 50%, markedly less than ADHD but still significant.

When a person has ADHD, environmental risk factors—like poverty, crime, or job loss— are more likely to cause depression than genetic factors.

Detection in Males vs. Females

Do I Have Adult ADHD? Self Test Resources

If you exhibit some of the symptoms of ADHD and are concerned you might have undiagnosed ADHD, several free resources can help. These resources indicate whether or not you should seek a medical diagnosis from a healthcare provider.

As mentioned above, Klarity offers a 2-minute self-screening test online. This test assesses whether or not you should seek further diagnosis from a healthcare provider.

There are also many attention span self-evaluations you can take online. Like our self-evaluation test, the results of these tests are not diagnoses. Instead, they help you decide whether or not you should meet with a healthcare provider for further tests.

Klarity Can Help You Get a Diagnosis in 48 Hours

Klarity can get you an appointment with a healthcare provider specializing in ADHD diagnosis and treatment within 48 hours. We will help get you on the right treatment plan, if applicable.

Most ADHD patients have coexisting symptoms of Anxiety, Depression, Insomnia, etc. Providers on Klarity will consider all your symptoms and customize the treatment for you if diagnosed.