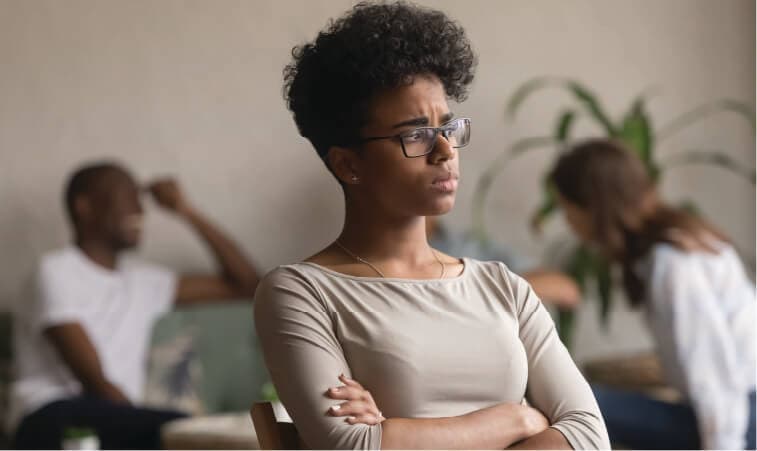 ADHD is often a misunderstood disorder. Some people believe ADHD is not a real disorder at all, despite what the psychiatric literature says. Others believe that ADHD only exists in childhood or only affects boys. All these myths can have a dangerous impact, as they can lead to someone with adult ADHD going undiagnosed and untreated for their condition.

If you suffer from ADHD, you know it’s a real condition that can be debilitating. Klarity can help you get quick, convenient, and affordable online treatment. Book an appointment with an experienced psychiatric healthcare provider today and get help with both common and lesser-known ADHD symptoms.

In this article, we list eleven of the most common myths about ADHD and look at arguments both for and against them. But first, it’s important to understand what ADHD is and learn its symptoms.

ADHD is a neurobehavioral disorder. Often diagnosed in childhood, ADHD occurs in somewhere between 2.5% and 5% of adults in the United States. This calculates to millions of adults who suffer from the disorder.

There are three recognized types of ADHD:

Adult ADHD presents itself in a number of symptoms common to those with the disorder, including:

11 Myths & Misconceptions About ADHD in Adults

Despite evidence to the contrary, ADHD is often dismissed by members of the public and even medical professionals due to several pervasive myths and misconceptions. Here are 11 of the most prevalent:

One of the most pervasive and potentially harmful myths is that ADHD is a psychiatric label for a natural collection of behaviors. Proponents of this myth point to the idea that ADHD is simply a developmental stage in some children and a series of unrelated symptoms in adulthood.

The American Psychiatric Institute recognizes ADHD as a mental disorder and lists it in the ‘bible” of psychiatric diagnosis, the Diagnostic and Statistical Manual of Mental Disorders, 5th Edition (DSM-V). This is the manual psychiatrists and psychologists use to diagnose disorders such as schizophrenia, bipolar disorder, and more. It’s considered the gold standard of the profession. According to the DSM-V, ADHD is indeed a real disorder.

The misconception that ADHD is over-diagnosed dovetails somewhat with the myth that ADHD isn’t real. The idea that many people who are diagnosed with ADHD don’t actually have the disorder is a relatively common one.

While any disorder can be improperly diagnosed, and as such, not every child or adult who’ve been diagnosed will actually have the disorder, there is no clear consensus that ADHD is egregiously over-diagnosed more than any other condition.

3. ADHD Is Just a Childhood Disorder

Because ADHD is commonly diagnosed and treated in childhood, some people believe that it doesn’t exist outside of childhood. Another part of this misconception is the idea that people grow out of ADHD; that it’s not a real disorder in adults.

The myth that ADHD exists only in childhood does a disservice to those with adult ADHD. ADHD is a professionally recognized psychiatric disorder found in both children and adults.

While it is true that ADHD looks different in males and females, with girls and women being most commonly diagnosed with Inattentive ADHD, the disorder exists in both. This myth likely began because boys exhibit symptoms of Hyperactive ADHD, the symptoms of which are less subtle.

Because it’s underdiagnosed, ADHD in girls often persists and becomes adult ADHD in women. According to the American Psychological Association, women with ADHD more often have children with ADHD than those without the disorder, and are often diagnosed with their children.

The myth that bad parenting is to blame for ADHD is based on the unfounded idea that children with ADHD would benefit from more attention, as any child would. This misconception also asserts that a lack of discipline is the cause for a child’s ADHD.

6. ADHD Will Cripple a Person for Life

This myth imagines that there is a window of opportunity to treat ADHD in childhood, and if you miss that window, the ADHD sufferer will continue to suffer throughout their adult years. This belief presupposes that adult ADHD is untreatable.

The fact is that while it is preferable that ADHD is diagnosed early on, adult ADHD is treatable, and sufferers can enjoy the benefits of treatment throughout adulthood.

The myth that the symptoms of ADHD can be written off as laziness is relatively common. ADHD sufferers are seen as unmotivated, unwilling to push themselves to learn or maintain their education or a job.

The symptoms of ADHD are, according to the DSM-V, the symptoms of a recognized psychiatric disorder. Writing off ADHD as laziness is a harmful blaming of someone suffering from the disorder and may cause shame and a reluctance to seek treatment.

8. All People with ADHD Are Hyperactive

Hyperactivity is a definite symptom of both Hyperactive and Combined ADHD, but claiming that every adult with ADHD is hyperactive leaves out a large percentage of the ADHD population. Most people with adult ADHD exhibit a wide array of symptoms, and hyperactivity is only one of those. Further, hyperactivity is more prevalent in children and is found in more men than women.

Focusing on hyperactivity as an essential part of adult ADHD diminishes those who don’t exhibit that symptom.

While it’s true that a lot of people display a few of ADHD’s symptoms from time to time, not many actually have ADHD. When a clinician diagnoses ADHD, they look at a number of different variables. The DSM-V, the Bible of diagnosing mental disorders, lists a number of criteria that have to be present over 6 months and in 2 separate settings.

The fact is that while everyone may be, for example, forgetful from time to time, that’s a far cry from actually having adult ADHD.

10. Having Adult ADHD Is No Big Deal

This myth goes hand-in-hand with the misconception that all people have some form of ADHD. Adult ADHD can have a profound effect on sufferers’ lives. It can lead to job performance issues, trouble in relationships, and reckless and even dangerous behavior.

Some studies show that untreated ADHD can reduce life expectancy by as many as 13 years. If you or a loved one suspects you have ADHD, seek medical diagnosis and treatment sooner rather than later.

While people may be prescribed the same medications for ADHD, that doesn’t mean it’s OK to share them. There are many reasons not to share medication. Clinicians look at each patient individually, from diagnosis to treatment. Each medication plan is designed specifically for the person and their adult ADHD.

Sharing medications puts diagnosis in the hands of laypeople, which is dangerous. And it can be hazardous to take someone else’s medication. For safety’s sake, nobody should ever share ADHD medication.

Combat the Myths: Educate Yourself About Adult ADHD

If You Suspect You May Have ADHD, Schedule an Evaluation

If you suspect you may have adult ADHD, easy, affordable, and convenient online diagnosis and treatment are available to you. Simply book an evaluation with an experienced mental health professional to get the process started.