Are You Born with ADHD? 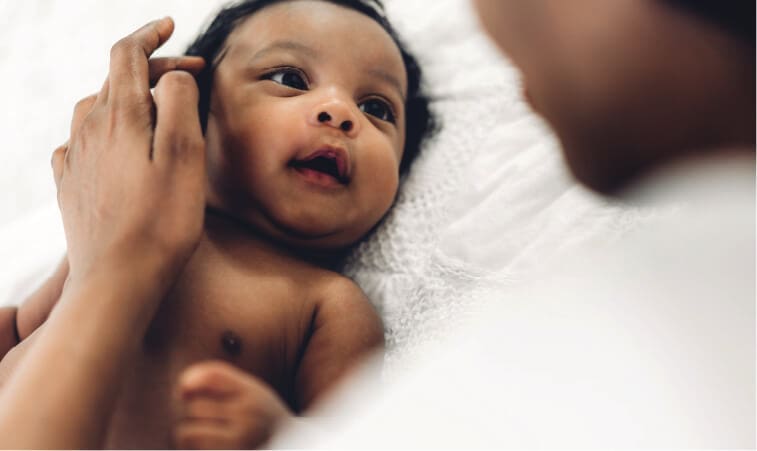 Attention deficit hyperactivity disorder, also known as ADHD, is a psychological disorder associated with a lack of focus and impulsive behavior. While many people find that their symptoms are recognized and diagnosed in childhood, many adults go untreated and undiagnosed for most of their lives.

Thus, the question often surfaces with those who discover later in life that they have ADHD: are you born with ADHD or do you develop it?

If you’re having trouble with impulsive behavior, hyperactivity, or a lack of focus, schedule an online appointment with a specialist who will supply answers to your ADHD questions and, if necessary, prescribe the proper treatment.

ADHD (Attention Deficit Hyperactivity Disorder) is a common mental disorder, affecting approximately 8.4% of children and 2.5% of adults. The three main symptoms of ADHD include:

ADHD is often discovered in school-aged children when their behavior becomes disruptive and noticeably more hyperactive than their classmates.

Since there is currently no lab test to identify and determine if someone has ADHD, diagnosis involves feedback from parents and teachers as well as additional tests ruling out other medical issues.

Individuals with hyperactive-dominant ADHD have five to six of the following symptoms occurring frequently:

ADHD sufferers with the inattentive-dominant form of the disorder will have five to six of the following symptoms:

Those struggling with the combination of both hyperactive and inattentive forms of ADHD will exhibit a mixture of symptoms.

If you’re trying to determine if you were born with ADHD, it’s important to note that scientists and medical professionals have yet to find the exact reason why ADHD manifests, or how or when the disorder appears in humans. The following are suspected causes for ADHD and do not represent any direct causality or correlations.

Some studies suggest that ADHD sufferers have an imbalance in their brain’s neurochemistry. Other studies suggest these neurochemicals may not be working properly in people with ADHD. Further research is still needed to validate whether these are primary factors, contributing factors, or altogether invalid as causalities of ADHD.

There are structural differences in the brains of people with ADHD compared to people without the disorder. Brain scan studies suggest that certain areas of the brain may be smaller in people with ADHD, while other areas may appear larger. It’s still unknown whether these areas are significant in determining causes for ADHD.

Approximately 300,000 children each year are treated for traumatic brain injuries (TBI). Researchers, wanting to understand the longer-term effects of TBI on children, are studying brain plasticity and how it affects adults with past brain trauma. A 2018 cohort study following 187 children between the ages of three and seven with TBI discovered that 62% of the children developed ADHD as compared to 15% of their peers without TBI.

Additional studies have shown that children with severe TBI who later developed ADHD began showing symptoms within 18 months of the brain injury. Children with mild or moderate TBI began showing signs of ADHD within six years of the injury.

One more interesting thing to note: people with ADHD after suffering a TBI and people with genetics-attributed ADHD have similar brain structure volume. The differences between the two occur in the connections between the brain hemispheres. This finding suggests that different events can lead to different manifestations of ADHD, or that TBI-related ADHD may be a different disorder altogether.

Genetics seem to contribute to the likelihood of someone being diagnosed with ADHD. Three out of four children with ADHD share the disorder with someone in their family. It’s thought that genes inherited from parents are a significant factor in being diagnosed with ADHD. Past research has shown that parents and siblings of ADHD sufferers are more likely to exhibit symptoms of the disorder.

A 2018 JAMA Pediatrics study revealed that early premature birth, i.e. children born before the gestational age of 34 weeks, may result in higher levels of ADHD symptoms in preschool and school-age children. The study found that genetic and environmental factors did not account for the level of ADHD symptoms in the children studied, suggesting that early-term birth may contain some causality for ADHD symptom intensity.

Myths About What Causes ADHD

Because medical researchers have yet to find the exact cause of the condition, many myths about ADHD regarding where it comes from, how it starts, and what kind of behaviors make the condition better or worse pervade society’s perspective.

For a long time, the medical community thought poor diets, ones loaded with sugar and processed foods, may be the culprit in exacerbating and even causing ADHD symptoms. A 2019 study found that children with ADHD may be more likely to have unhealthy diets, but no direct correlation between unhealthy diets and the root causes of ADHD symptoms has yet to be found.

While some studies have shown that a reduction or increase in screen time can lead to significant changes in brain function, there’s yet to be any correlation between too much screen time and the impetus of ADHD.

Do You Have ADHD from Birth?

So, are you born with ADHD? There’s really no definitive answer, as ADHD’s pathogenesis (cause) has yet to be determined. Until there is direct medical evidence showing causality, it’s difficult to determine if ADHD manifests in the womb or later in life. What is known is that genetics play a significant role, although how significant is still up for debate.

If an identical twin sibling, for example, has ADHD, their identical sibling will be 92% more likely to have the disorder as well. Non-identical twins share ADHD at a much lower rate of 33%, suggesting that stronger genetic ties correlate with a higher degree of ADHD.

Can You Develop ADHD As an Adult?

It’s difficult to say if you can develop ADHD in adulthood because medical researchers are not sure when ADHD manifests. Adults who are diagnosed with ADHD may have had the disorder their entire life but failed to notice the symptoms or be properly diagnosed earlier in life.

Does ADHD Go Away?

The short answer is “no.” ADHD is a mental disorder that currently has no cure, but even the most intense symptoms can be managed with the proper medication and treatment. Medications like Vyvanse, Adderall, and Ritalin help alleviate major symptoms in many people, allowing ADHD sufferers to maintain a normal, healthy balance of daily living.

How Is ADHD Diagnosed?

For adults, ADHD is diagnosed during a consultation with a medical professional who reviews the patient’s medical history and asks a series of questions about potential symptoms. For children, questionnaires and observations from family and teachers help determine if the child has ADHD, along with medical exams ruling out other factors.

If You Suspect You Have ADHD, Get Help With Klarity

If you suspect you have ADHD and need help determining whether you indeed suffer from the disorder, Klarity can connect you with a licensed specialist who can provide ADHD diagnosis and treatment.