My ADHD Boyfriend Ignores Me 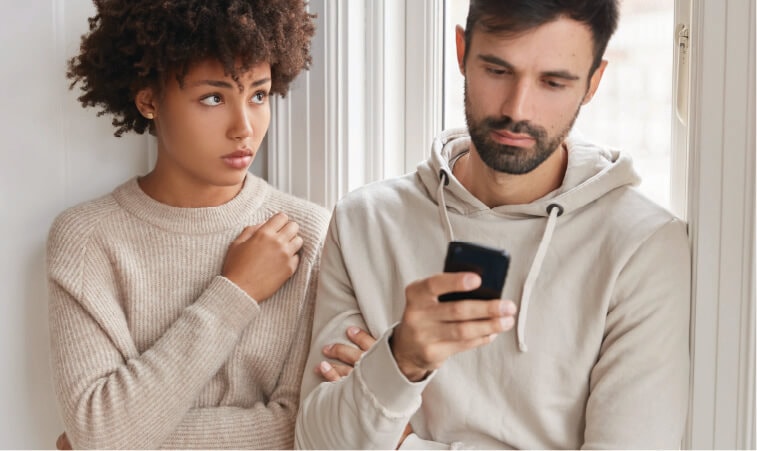 My ADHD Boyfriend Ignores Me (and Other ADHD Relationship Problems)

Attention Deficit Hyperactivity Disorder, or ADHD, can cause several problems with relationships. The forgetfulness and inattentiveness alone would put a great deal of strain on any relationship. Non-ADHD partners often feel ignored or as though they need to parent, which can lead to frustration and resentment on both sides.

Relationships are difficult enough as it is; ADHD takes that difficulty to a whole new level. When your ADHD boyfriend ignores or forgets about you and exhibits other behavior, such as neglecting to do his fair share of the housework, it’s natural to feel angry and unappreciated.

ADHD can put a strain on any relationship. If you or your loved one suffers from ADHD, Klarity can help you find easy and affordable ADHD treatment – your initial appointment is $99, follow-up appointments are $59, and medication management costs $25 per month. Book an online appointment with an experienced psychiatric healthcare provider today.

Many people with ADHD feel misunderstood, which can lead to conflict. When you’re in a relationship with someone with ADHD, it’s important to know as much as you can about the disorder.

ADHD is a mental health disorder that is typified by an inability to concentrate. Diagnosed most commonly in children, it is estimated that 4% to 5% of adults in the United States have ADHD. Common symptoms of ADHD include:

ADHD can make relationships challenging. The ADHD partner may feel as though they’re being overly criticized, while the non-ADHD partner may feel as though they have to take on all the responsibilities themselves. It is often frustrating for both partners. It takes a lot of work on both sides to make the relationship work, but when both parties can navigate living with the disorder, the partnership can be intensely rewarding.

Here are some of the common issues experienced by non-ADHD partners.

My ADHD Boyfriend Ignores Me

This is a common issue felt by those with ADHD partners. Being ignored in a relationship can lead to resentment, which, if not addressed, can grow. Often at the beginning of the relationship, the ADHD boyfriend hyper focuses on his partner, which makes the relationship very rewarding. That focus, however, can markedly diminish over time. An ADHD sufferer may be unable to pay attention to anything that isn’t new, which pulls attention away from the relationship as it matures.

Because he’s not aware that he’s doing anything wrong, the ADHD partner often doesn’t respond or take the necessary steps to focus on the relationship. The natural interaction found in healthy relationships is unbalanced. The feeling of being ignored can become pervasive if not properly addressed.

This is especially true if the boyfriend hasn’t been properly diagnosed. If you don’t know you have a problem, you can’t take steps to fix it. If you’re in a relationship, feeling ignored, and you suspect your partner has ADHD, suggest he speak to a licensed clinician. Getting the help he needs will go a long way toward the health of your relationship.

My ADHD Boyfriend Doesn’t Do Chores

ADHD is marked by an inability to focus on tasks, an inability to plan, and an overall lack of attentiveness. If you live with your partner, one of the ways this can manifest is by them not doing household chores, which can be intensely frustrating. As the non-ADHD partner, it’s easy to feel unduly put upon and given more responsibility than is fair.

It’s important to realize that if your boyfriend is aware he has ADHD, it shouldn’t be used as a crutch or an excuse to get out of doing housework. Just because your ADHD boyfriend doesn’t do chores doesn’t mean that it’s an unavoidable situation.

ADHD sufferers exhibit a lack of focus and an intense distractibility, which makes remembering to do chores and following through difficult. One way to combat this is to have your boyfriend write down what he’s responsible for and refer to that list frequently. Another solution is to adopt a task management system. There are many solutions online that can help remind someone with ADHD of tasks they’re supposed to complete.

My ADHD Boyfriend Gets Angry

Sudden anger is common with those who suffer from ADHD. It’s likely that the anger partly stems from frustrations at not being able to control aspects of daily life, and simmers under the surface just waiting for an excuse to be unleashed.

Regardless of whether the anger diminishes as quickly as it arose, it is often hurtful, which naturally causes the partner to pull back to protect themself. Unmanaged anger can injure relationships beyond the point of repair, regardless of the level of commitment from both partners.

Because anger is pervasive among those with ADHD, knowing effective anger management techniques is critical to preserving sanity along with maintaining a relationship. Anger doesn’t spill over on his partner as much or as often, which can help preserve relationships.

If your ADHD boyfriend gets angry and hasn’t seen a clinician, locating and meeting with one can help immeasurably. Proper diagnosis and treatment are key to being able to manage life with ADHD. Telehealth visits with a qualified ADHD therapist via Klarity can help make things manageable. Uncontrollable anger doesn’t have to be part of life, and healthy relationships depend on proper management of symptoms.

My ADHD Boyfriend Gets Depressed

Depression can be an unfortunate byproduct of ADHD. When life feels uncontrollable, and you feel as though you can’t do anything about it, those feelings can lead to despair. Maybe your boyfriend is having problems at work, for example, which can exacerbate feelings of hopelessness.

Because depression is ultimately solipsistic, when your ADHD boyfriend gets depressed, it can feel as though he’s pulling back from your relationship. Being in a relationship with someone with ADHD is challenging enough. When depression is added to the mix, the symptoms can seem insurmountable.

Therapy is the best treatment for depression, and medication is often part of that therapy. Sometimes your partner’s knowing and accepting that he has ADHD, and getting treatment, can help alleviate his symptoms and lift the feelings of helplessness, and your relationship can improve as a result.

If your boyfriend has ADHD, it doesn’t have to be a death sentence for your relationship. If you both work to understand the impacts of ADHD and what can be done about them, your relationship can reap rewards for both of you.

Your relationship, among other things, should be a source of strength and comfort. When one partner has ADHD, it can impact both of you. If you feel “my boyfriend with ADHD ignores me” or there’s any other unbalance, neither of you should invalidate those feelings. There are multiple steps you can take to make the situation better, and your relationship will blossom as a result.

The first step in dealing with ADHD is proper diagnosis and treatment. Therapy and medication can be extremely effective against ADHD and can lessen or remove its symptoms. If your boyfriend hasn’t already sought treatment from a licensed clinician, support him in doing so.

There’s no need for either of you to suffer through life–Klarity can help your boyfriend connect with a provider to put him on the path to alleviate ADHD symptoms. He can book an appointment with a qualified clinician and get started with online ADHD treatment today.