Dexedrine vs. Adderall: What is the Difference? 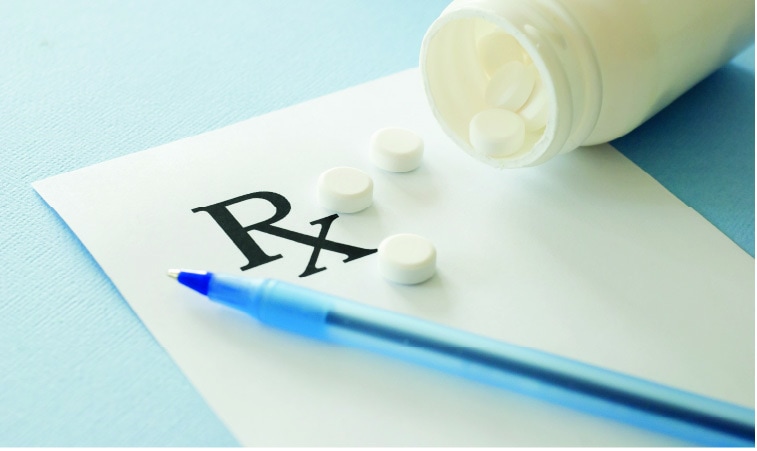 If you suffer from ADHD symptoms, Klarity can help. Book an affordable online evaluation with a licensed psychiatric provider today and, if indicated, have your ADHD medication sent to the pharmacy of your choice.

How Do Dexedrine & Adderall Work?

Both Dexedrine and Adderall are central nervous system (CNS) stimulants that affect neurotransmitters in the brain. This increase or improvement of effectiveness in norepinephrine and serotonin can lead to increased focus and overall alertness as well as a feeling of general well-being. Because ADHD, among many other symptoms, is typified by a lack of being able to focus, these medications can have a profound effect on those with the disorder.

Dexedrine and Adderall come in similar dosages and both are available in extended release formulas that allow for the release of amphetamine over time and as such don’t have to be taken as often. Dexedrine is a bit less expensive than Adderall. Both drugs can have serious interactions with other medications and should be taken only under the supervision of a licensed clinician.

People with high blood pressure need to be especially careful with any sort of stimulant including Dexedrine and Adderall, as these medications can raise blood pressure. If, after taking either of these drugs, you experience a severe headache, anxiety, chest pain, uneven heartbeat, or shortness of breath you should stop taking them and contact your doctor immediately.

According to the Drug Enforcement Agency (DEA) both Dexedrine and Adderall are Schedule II narcotic drugs, which indicates an increased risk of addiction and abuse. The medications are restricted on a varying basis state by state.

Which is More Effective?

Some studies may have shown that Adderall is a more effective treatment for ADHD than Dexedrine. This is one of the reasons why Adderall is considered a first-choice treatment and is widely prescribed for the disorder.

If you believe you have ADHD, proper medication could be the answer. Schedule a call with Klarity to discuss your situation with an experienced doctor who can help you with ADHD treatment online.

Dexedrine comes as capsules in dosages of 5 mg, 10 mg, and 15 mg, tablets with 7 different dosages from 2.5 mg to 30 mg, and as a liquid available as 5 mg/teaspoon. Both extended release and immediate forms of Dexedrine are available.

Dexedrine is primarily used to treat ADHD, although it can also be used for narcolepsy (falling asleep during the day) and obesity. For obesity, the benefits of Dexedrine appear to be short-term.

Some of the most significant and common side effects of Dexedrine include a loss of appetite/weight loss, nausea, diarrhea, and headache. Dry mouth, insomnia, and restlessness can also occur.

Dexedrine can be habit-forming, and the dose may need to be increased over time. Certain foods and other medicines can also affect how this medication works. You should only take Dexedrine under the care of a licensed practitioner, as serious side effects have been noted. Dexedrine should not be taken with highly acidic foods, including fruits and juices, or Vitamin C supplements, as they may hinder absorption.

Adderall is also used primarily to treat ADHD. It is a combination of dextroamphetamine (Dexedrine) and amphetamine. It treats ADHD by stimulating the central nervous system, increasing the availability of neurotransmitters, and speeding up brain activity.

Dosages of Adderall range from 5 mg to 30 mg tablets and are taken two to three times per day. Adderall XL, which is the extended release version, is a capsule that also ranges from 5 to 30 mg. Because it is extended release, however, it is only taken once a day.

Adderall is FDA-approved to treat ADHD and narcolepsy. It has several off-label uses, however, and has been used to treat disorders including depression, anxiety, and bipolar disorder.

Without insurance brand-name Adderall can cost nearly $8 per 5 mg tablet, with a 30 day supply costing as much as $237.

The side effects of Adderall are similar to those of Dexedrine with loss of appetite/weight loss, insomnia, nausea, dry mouth, dizziness, and restlessness being the most common. Some less common side effects include chronic muscle twitches, constipation, drowsiness, heart pounding, diarrhea, excessive sweating, and taste impairment.

Also, like Dexedrine, Adderall can be habit-forming and is sometimes abused. If Adderall stops working, the dose may need to be increased.

Which ADHD Medication is Right for You?

It is important to speak to your doctor about your medical history and all the medications you take to avoid any severe side effects or drug interactions. You should also review the list of foods to avoid when taking Dexedrine or Adderall.

There are also more side effects than those listed which, while rare, you need to know about before starting Dexedrine or Adderall.

While Dexedrine and Adderall are similar medications in many ways, there are subtle differences. This is one of the reasons it is critical to have a complete evaluation with a licensed medical professional who specializes in ADHD treatment.

Book an online appointment today, and a licensed and certified provider experienced in treating ADHD will diagnose your condition and, if indicated, develop a personalized treatment plan to provide relief from your symptoms.