Protriptyline vs. Amitriptyline: Which Should I Take?

Are you dissatisfied with your current anxiety medications? Maybe you want to learn more about your different treatment options. With so many different medications used for anxiety and depression treatment, finding the best option for you can be overwhelming.

Protriptyline and Amitriptyline are two medications that belong to a class of medications called tricyclic antidepressants (TCAs). Although these medications act in a similar way and have similar side effects, there are some important differences to consider.

In this article, we will give a side-by-side comparison of Protriptyline and Amitriptyline, so you can be more informed when deciding which anxiety or depression treatment may be best for you.

If you are living with symptoms of anxiety or depression, Klarity can help. Schedule an appointment today and be seen by a licensed healthcare provider in as little as 48 hours.

Amitriptyline and Protriptyline Are the Same Class of Drugs (Tricyclics)

Amitriptyline and Protriptyline belong to the class of medications called tricyclic antidepressants (TCAs). These medications are commonly used to treat different depressive and anxiety disorders, as well as other conditions we will discuss below.

Tricyclics are among the oldest forms of antidepressants and have been used for decades to effectively treat symptoms of anxiety and depression. TCAs are a group of medications that act on chemical pathways or messaging systems in the brain to improve mood and calm anxiety.

TCAs work by increasing serotonin and norepinephrine in the brain, which are two important chemical messengers that help increase signaling between neurons and help your mind function properly.

Studies have found that people who have anxiety or depression tend to have lower levels of serotonin and norepinephrine in the brain, and TCA medications work to restore this imbalance.

Amitriptyline and Protriptyline Are Both Used To Treat Major Depressive Disorder

Amitriptyline and Protriptyline are two commonly prescribed medications for the treatment of major depressive disorder and various anxiety disorders. Although these two medications have the same mechanism of action, there are a number of differences between the two drugs that should be taken into consideration before choosing one over the other.

Aside from depression, Amitriptyline is beneficial for the treatment and prevention of migraines and can be used to treat schizophrenia with depression, as well.

Some common off-label uses for Amitriptyline include:

What Else Does Protriptyline Treat?

Protriptyline is only FDA-approved for the treatment of depression, but this medication has been commonly prescribed for “off-label” uses described below.

Doses, Dosage Form, and Side Effects of Protriptyline

Protriptyline is available in 5 mg and 10 mg tablets. The typical starting dose is 5 mg, usually taken 3-4 times daily. This medication can then be titrated on a weekly basis, with a maximum dose of 60 mg per day.

Protriptyline is associated with a number of side effects, which is often a reason for discontinuation of the medication. It is important to monitor for any changes when starting a new medicine. Be sure to contact your healthcare provider if you begin to experience any adverse effects once initiating a new medication.

Some common side effects of Protriptyline include:

There are a variety of drug interactions that may occur with Protriptyline, which change how your medications work or increase side effects. It is important that you discuss all the medications you are currently taking with your healthcare provider, including over-the-counter medications and supplements.

Common drugs that interact with Protriptyline include:

How Much Does Protriptyline Cost?

Compared to Amitriptyline, Protriptyline is more expensive, with the average 30-day prescription around $50 with a coupon code. This medication is typically covered by most health insurance plans, and prescription coupon codes are available at most commercial pharmacies.

Doses, Dosage Form, and Side Effects of Amitriptyline

The typical maximum dose on an outpatient basis is 150 mg per day, although when used in an acute hospitalized setting, patients may require up to 300 mg per day.

As with other medications, Amitriptyline is commonly associated with side effects. Everyone reacts to medication differently when initially starting a new medication and with different doses.

Some common side effects of Amitriptyline include:

There are a number of drug interactions associated with Amitriptyline, and it is important that you disclose all medications that you are currently taking with your healthcare provider, including over-the-counter medications and supplements.

Some common drug interactions with Amitriptyline include:

Amitriptyline is a cheaper medication when compared to Protriptyline. It is covered by most insurances, and the price is significantly reduced with the use of coupon cards—around $4 for a 30-day supply.

Do I Need A Prescription for Amitriptyline or Protriptyline?

Yes, you need a prescription from a healthcare provider for both medications.

Schedule an online appointment today, and Klarity will set you up with a licensed healthcare provider to discuss your current symptoms and find out which medication may work best for you.

Serotonin Syndrome is a serious and potentially life-threatening condition that occurs from elevated levels of serotonin accumulated throughout the body. It most commonly occurs when the patient is taking multiple different medications that increase serotonin.

It is important that if you begin to experience any of these symptoms, contact your healthcare provider or seek medical attention immediately, as this could have severe or even fatal consequences.

Signs and symptoms include:

Tricyclic antidepressants are avoided in pregnancy due to the increased risk of:

TCAs do not appear to increase bleeding risk when used alone. This is unlike other antidepressants, such as SSRIs, which have a significantly increased bleeding risk, especially when used with over-the-counter pain relievers.

TCAs prevent Warfarin metabolism and breakdown in the body. When taking both medications simultaneously, there could potentially be an increased risk of bleeding due to increased levels of Warfarin.

Signs and symptoms to look out for include:

We covered a lot of info comparing the two medications, so we thought it would be helpful to include some commonly asked questions:

Protriptyline is a tricyclic antidepressant that is used to treat depression and anxiety. It acts on the neurochemistry of your brain by increasing serotonin and norepinephrine.

Amitriptyline is a tricyclic antidepressant that is used to improve mood as well as treat nerve pain and insomnia. Like Protriptyline, it acts on the neurochemistry of your brain by increasing serotonin and norepinephrine.

Are Protriptyline, Amitriptyline, and other Tricyclics the same drug?

No, they are all different medications but belong to the same class of medications that act in similar ways on your brain’s neurotransmitters. They have similar side effects and drug interactions but are not identical and have important differences.

Why is Protriptyline an off-label treatment for anxiety?

Protriptyline is considered to be an off-label treatment for anxiety because there are other medications that are safer and more effective in treating anxiety, like SSRIs, for example.

Amitriptyline has been shown to be more effective in treating depression, but Protriptyline is a non-sedating medication and may be more helpful if you suffer from low energy associated with depression.

Can I drive on antidepressants like Protriptyline or Amitriptyline?

Amitriptyline is found to be a sedating medication and is typically prescribed to be taken at night. Therefore, it is recommended against driving after taking Amitriptyline.

Protriptyline, on the other hand, is known to be non-sedating and is typically taken at multiple doses throughout the day. It is considered safe to drive after taking Protriptyline.

Can I drink alcohol on Protriptyline or Amitriptyline?

You should avoid drinking alcohol while taking TCAs due to the sedating effects and increased risk of side effects. When taken together, there is a greater risk for safety and health concerns, such as falls and depression of the central nervous system, which can be lethal.

Does it matter what time of day I take Protriptyline or Amitriptyline?

Find the Right Medication With Healthcare Providers on Klarity

With so many different treatment options to choose from, finding the right medication for you can feel intimidating. Klarity can help simplify this process and get you started on the best treatment plan for your mental health needs.

At Klarity, we offer access to affordable mental health care at your convenience. There is no insurance or subscriptions necessary and no hidden fees. Online medication management starts at only $25 per month.

Let Klarity connect you with a local licensed healthcare provider in your state today. Schedule an appointment or start by taking a free 2-minute self-evaluation to take the next steps toward finding your personalized treatment plan, if applicable. 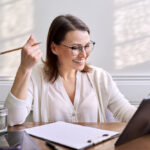 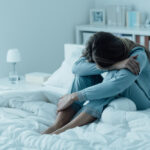 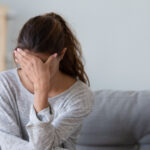 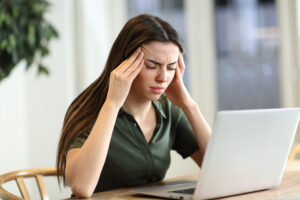 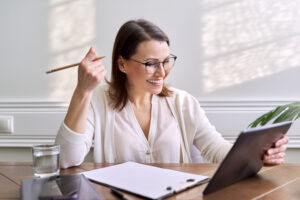