The Dangers of Untreated ADHD in Adults 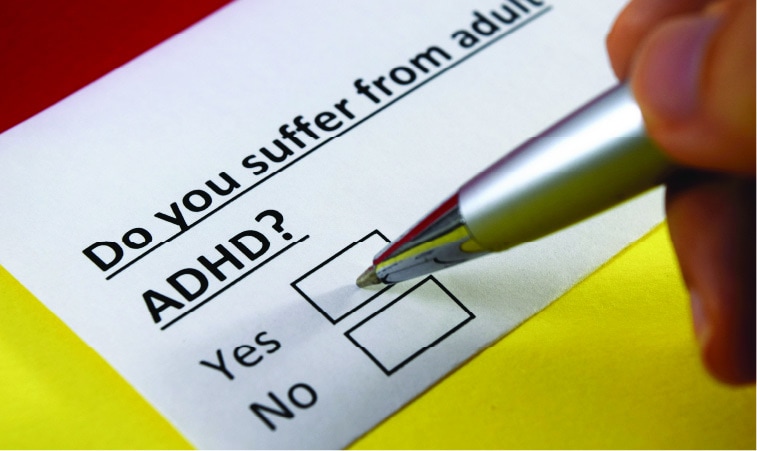 Adult ADHD, when left untreated, can have a significant impact on the ADHD sufferer’s life. The symptoms of adult ADHD can lead to problems maintaining steady employment or a lasting relationship and may have repercussions throughout other areas of life as well. In addition, ADHD often becomes comorbid, which means it exists alongside other mental disorders such as depression and anxiety. The symptoms of adult ADHD can have a further impact on those conditions as well.

ADHD in adults often goes undiagnosed and untreated, which leads to a worsening of symptoms and related issues. However, you don’t have to suffer from untreated adult ADHD, anxiety, or depression. Book a judgment-free online consultation with a psychiatric healthcare provider today and begin your journey toward enjoying a better life.

Often diagnosed in childhood, ADHD is a neurobehavioral disorder that affects approximately 4% of adults in the United States (according to CHADD.org). There are three main types of adult ADHD: Inattentive/Distractible, Impulsive/Hyperactive, and Combined.

There are several symptoms of combined ADHD, including lesser known symptoms, all of which can be severe if the disorder is left untreated. Common ADHD symptoms include:

What are the Dangers of Untreated ADHD in Adults?

Untreated ADHD can have a significant impact on a person’s life, especially for adults. They may fail in relationships, have serious trouble at work, or act rashly and have to suffer the consequences. In other words, the impact of untreated ADHD in adults is far-reaching and bleeds into every aspect of life.

Below we discuss some of the dangers of untreated adult ADHD.

Studies have shown that there is a modest connection between ADHD and substance abuse. The ADHD sufferer may be looking for relief from his or her symptoms and may turn to drugs or alcohol. This tendency can spiral out of control. A person who suffers from untreated adult ADHD can tend to act recklessly, which can feed into the cycle of substance abuse.

The symptoms of untreated ADHD run contrary to solid job performance. If a person suffers from an inability to concentrate, their work is going to suffer. Inattentiveness from ADHD may cause someone to miss important details or deadlines. Procrastination is another ADHD symptom that can cause serious problems at work, as tasks left undone can pile up and become overwhelming.

ADHD sufferers often have a history of short tenure at jobs. They also have more jobs on average than people who don’t have untreated adult ADHD.

Untreated adult ADHD can have a serious impact on relationships with non-ADHD people. For example, when a person is inattentive (one of the symptoms of adult ADHD), the person’s partner can naturally become hurt and resentful, and the relationship can suffer as a result. In some instances, the ADHD sufferer has hyperfocused on the relationship at the beginning, then has backed off as their attention was diverted elsewhere. The non-ADHD partner may be bewildered by this shift and may begin to pull away.

People with ADHD can have short tempers, which can also cause serious strain on relationships. Those with ADHD are often married for a shorter duration than average and often are married more times than those who don’t suffer from the disorder.

4. Increased Risk of Depression and Anxiety

Reckless behavior is one of the more severe symptoms of untreated adult ADHD.

Recent studies have shown a link between untreated ADHD and a shorter life expectancy. This could be due to many factors, including those listed above. ADHD sufferers may be prone to reckless behavior, such as speeding, which puts them at greater risk for accidents. People with ADHD are also more likely to ignore doctors’ orders about maintaining a healthy weight or quitting tobacco use.

These factors and others may reduce the life expectancy of an adult with untreated ADHD.

If You Suspect You May Have ADHD, Don’t Put Off Diagnosis

The dangers of untreated adult ADHD are many and have a serious impact on the sufferer’s life. If you believe you suffer from this condition, don’t wait to get help. Schedule an affordable 30-minute evaluation today with an experienced healthcare provider for online diagnosis and mental health treatment.