What to Expect When Starting Ritalin for Adult ADHD 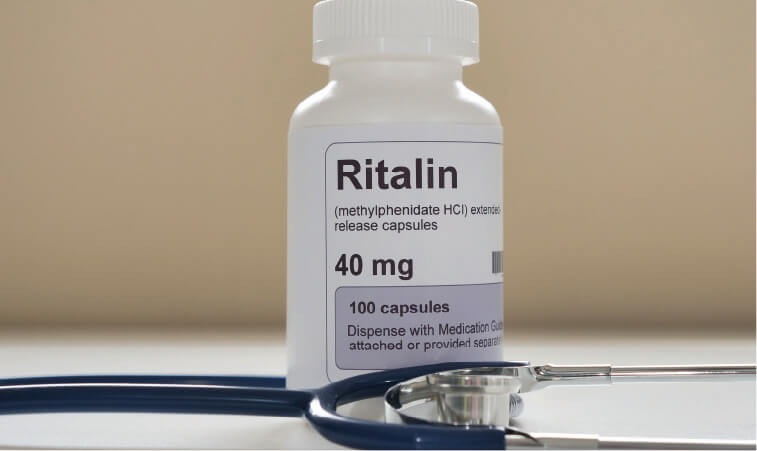 Have you recently been diagnosed with adult ADHD and are exploring your medication options? Maybe your physician has suggested starting Ritalin and you are wondering how it works and what it feels like once you start using this medication.

Ritalin, generically known as methylphenidate, is a stimulant medication that was first FDA-approved to treat ADHD in adults in the mid-1950s. Ritalin has proven to be safe and effective and is considered the first-line drug for ADHD treatment.

Is Ritalin the right medication for you? Book an online appointment with a licensed psychiatric medical provider who can help you find the ADHD treatment that will best address your symptoms.

How Does Ritalin Work?

Ritalin, a neurostimulant, increases the levels of dopamine and norepinephrine in your brain. These two neurotransmitters are released into the region of your brain that is partially responsible for motivation, action, and cognition.

What Are the Effects of Ritalin on the Body?

Even though Ritalin works primarily by increasing neurotransmitter levels in your brain, its effects are felt throughout the body.

In ADHD patients, Ritalin improves concentration, decreases restlessness, and increases attention span. It can, however, increase irritability and anxiety in some patients, and may lead to the development of depression.

The stimulant effects of Ritalin can also cause insomnia and lead to daytime drowsiness. Stimulants, including Ritalin, may cause you to experience blurry vision. If you experience any of these unwanted side effects be sure to let your doctor know immediately.

Increased body temperature, heart rate, and blood pressure can all occur secondary to Ritalin use. If you have a known heart condition or a history of hypertension (high blood pressure), you may not be able to use Ritalin. For patients without these conditions, these side effects are typically temporary and will subside after a short period of initial use.

If you notice that your toes and fingers are cold or have bluish discoloration, it may be an indication that Ritalin is causing peripheral circulatory problems and you should let your doctor know immediately.

Ritalin can cause you to have a decreased appetite which may lead to unintentional weight loss. Some patients initially develop nausea and diarrhea when starting Ritalin; however, these side effects typically subside with continued use of the medication.

Rapid breath can be common when you first start on Ritalin but should subside within a few days of starting the medication as your body gets used to it. If rapid breathing persists, this needs to be discussed with your doctor.

Ritalin can cause muscle weakness and pain and joint discomfort. These symptoms are usually an indication you are using too much Ritalin and that your medication needs to be adjusted or stopped.

After prolonged use of Ritalin or following an increase in their Ritalin dosage, some men can experience prolonged and painful erections. This condition, known as priapism, may require medical intervention.

ADHD patients taking Ritalin typically describe feeling focused, feeling in control, and having a sense of clarity. As a stimulant, Ritalin can make you feel “up,” alert, awake, filled with a sense of euphoria, or more talkative. All of these feelings can be very helpful in tending to your daily activities and tasks, making you more efficient and effective.

On the other hand, take note if you are becoming agitated, irritable, or aggressive, or if your skin is tingling and you feel like you have electricity running through you. You may be “overstimulated” and need to discuss these feelings with your doctor.

Providers on Klarity are experienced in all aspects of ADHD care and management. Your provider is available to discuss any feelings, symptoms, and side effects you may be experiencing while taking Ritalin. Contact us to schedule an online appointment today.

Why Does Ritalin Make You Feel Calm?

In patients with ADHD, Ritalin increases the levels of dopamine and norepinephrine in the brain. These increased neurotransmitter levels allow for an overall improvement in executive functioning, which can lead you to feel calm and in control of your activities and tasks rather than overwhelmed by them.

How Long Does it Take for Ritalin to Wear Off?

The immediate-release form of Ritalin takes 4-6 hours to wear off. An extended-release formulation of methylphenidate, such as Ritalin LA, is effective in controlling ADHD symptoms for 8-10 hours.

What Are the Side Effects of Ritalin in Adults?

As with all safe and effective medications, Ritalin may have some undesired effects on your body. Most of these side effects are temporary and can be safely managed with the help of your doctor. Ritalin side effects in adults include:

What is the Correct Way to Take Ritalin?

You should only take Ritalin as prescribed by your healthcare provider. Once on Ritalin, you will need to be monitored to see if the medication is working and if you’re experiencing any unwanted symptoms and side effects. For most adults starting Ritalin, you will take your medication 2 or 3 times a day, 30-45 minutes before a meal. Your healthcare provider will adjust your dose as needed. Do not adjust your dose on your own.

Contact with a Provider on Klarity for ADHD Diagnosis and Treatment

If you think you have undiagnosed ADHD, or if you have a professional ADHD diagnosis but feel your symptoms are not well controlled, licensed healthcare providers on Klarity can diagnose your ADHD and provide you with a comprehensive treatment plan.

Book an online appointment today and get started on the path to relief from your ADHD symptoms.